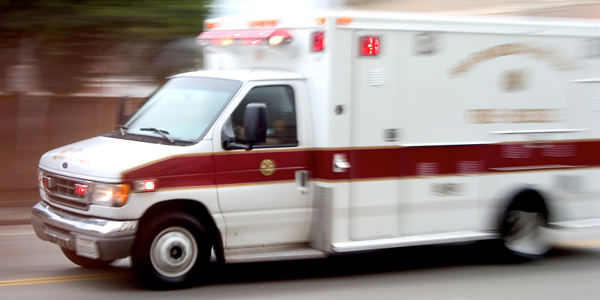 On May 12, 2016, new anti-retaliation rules published by OSHA were reviewed in this blog in an article entitled “What Employers Need to Know About OSHA’s New Anti-Retaliation Regulations!” The new rules were initially scheduled to become effective on August 10, 2016. On July 8, 2016, however, a lawsuit (Texo ABC/AGC, Inc. et al v. Perez, Civil Action No. 3:16-cv-01998-D) was filed by multiple industry plaintiffs in the U.S. District Court for the Northern District of Texas seeking to enjoin the implementation of the new rules. The suit alleges the new rules “are unlawful to the extent that they prohibit or otherwise limit incident-based employer safety programs and/or routine mandatory post-accident drug testing programs.” This suit prompted OSHA to push the effective date of the rules to December 1, 2016.

What Does the Decision Mean for Incident-Based Employer Safety Incentive Programs?

The lawsuit takes issue with the following language in the Preamble to the new rules:

The suit faults OSHA for not seeing the obvious – “incident-based employer safety incentive programs … are designed to promote safety through a procedure of offering rewards to employees who have avoided workplace accidents through use of safe work practices and behaviors.” By targeting such programs, the suit alleges, the new rules undermine a productive means by which employers reduce workplace illnesses and injuries.

OSHA’s myopia, however, did not persuade the federal court to issue even a limited preliminary injunction.  Effective December 1, therefore, incident-based employer safety incentive programs will be a target of retaliation investigations by OSHA.

What Does the Decision Mean for Routine Mandatory Post-Accident Drug Testing Programs?

The lawsuit specifically cites the following language in the Preamble:

“[D]rug testing policies should limit post-incident testing to situations in which employee drug use is likely to have contributed to the incident, and for which the drug test can accurately identify impairment caused by drug use. For example, it would likely not be reasonable to drug-test an employee who reports a bee sting, a repetitive strain injury, or an injury caused by a lack of machine guarding or a machine or tool malfunction. Such a policy is likely only to deter reporting without contributing to the employer’s understanding of why the injury occurred, or in any other way contributing to workplace safety. Employers need not specifically suspect drug use before testing, but there should be a reasonable possibility that drug use by the reporting employee was a contributing factor to the reported injury or illness in order for an employer to require drug testing.  In addition, drug testing that is designed in a way that may be perceived as punitive or embarrassing to the employee is likely to deter injury reporting.” 81 Fed. Reg. 29,673.

The suit again faults OSHA for ignoring one of the obvious benefits of mandatory post-accident testing – the prospect of testing deters alcohol and drug abuse at work. By limiting such testing, the suit alleges, the new rules undermine such deterrence.

Again, OSHA’s short-sightedness did not compel the federal court to issue even a limited preliminary injunction. Effective December 1, therefore, employers should expect OSHA scrutiny as to any mandated drug testing after a workplace injury or illness.

Can the November 28th Decision be Appealed?

Yes. If the Fifth Circuit overrules Judge Lindsay’s decision, this blog will be updated accordingly.

Will the New Rules be Changed When Donald Trump Becomes President?

Possibly.  Donald Trump will be inaugurated on January 20, 2017.  Unlike executive orders, no action can be taken on the new rules by President Trump immediately upon his inauguration.  The new rules can be abrogated only by (1) legislation approved by Congress and President Trump, or (2) new rule-making by OSHA, after a notice and comment period.  Accordingly, any change to the new rules will occur, if at all, sometime after the inauguration.

Abrogation of the new rules in the Trump administration, however, is not a certainty.  Employers with incident-based employer safety incentive programs and/or mandatory post-accident drug testing programs must thus take immediate action in anticipation of the forthcoming OSHA scrutiny under the new rules.